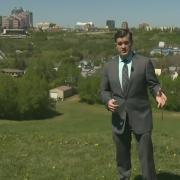 The folks at CTV Edmonton stopped in to see Ken Saunders of the Edmonton Ski Club to discuss the new BHA Master Plan for the community ski hill and future all season adventure park.  Watch the video here. 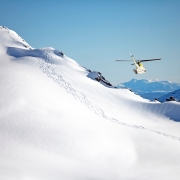 The following article was featured in the Pique Newsmagzine on April 2nd, 2015 and was written by Braden Dupuis and can be found here.

The provincial government is increasing the maximum lengths on leases and licenses available to adventure tourism operators.

“The results to this point are headed in a very good direction, but there’s still a lot of work to be done,” said Brent Harley, associate member director on the Canada West Ski Areas Association board of directors, and principal in Brent Harley and Associates, a mountain resort design and planning company.

“The most recent policy improvements are a first step, and the stakeholder groups have acknowledged that it’s not complete, as has the government, and we’re meeting every other week still to wrestle these other issues to the ground.”

The maximum length of the leases will be increased to 45 years for leases and 60 years for licenses of occupation.

The current maximum length for both under the Provincial Land Act is 30 years.

“Extending the terms of long-term leases gives adventure tourism and nature-based tourism operators the certainty they need for their businesses,” Minister of Forests, Lands and Natural Resource Operations Steve Thomson said in a press release.

The changes are a result of extensive consultation with adventure tourism stakeholders and are part of an ongoing process to transform the policy, said Harley. Some of the other concerns that have been addressed — or soon will be — involve overlapping tenures and lack of enforcement.

One piece of the Land Act that’s still being discussed is what’s often referred to as the “90-day clause,” in which the government can withdraw an operator’s lease with 90 days notice, explained Harley.

“This has been a constant point of concern with all of the stakeholders, as you can well imagine,” he said.

“That conversation has progressed, and it’s one of the pieces that still needs to be wrestled to the ground.”

“It’s going to give us long-term certainty,” Beattie said.

“It gives us the opportunity to look at rezoning certain parcels of land so we can diversify our business. Once this all gets played out I think that there are great opportunities.”

Beattie — along with BCCSOA president Paul Button — was part of the stakeholder consultation that led to the changes.

“The stakeholders have been asking for this for awhile,” Button said.

“They’re trying to get some more bankability within the tenures of leases, so there could be more development into areas, particularly intensive use.”

The amount of work that’s being put into amending land use policy for adventure tourism operators is something of a vote of confidence, Harley said.

“Tenure security is one of the cornerstone pieces that everyone’s been pushing for to acknowledge that there’s some value in these operations and that they’re worthy of being protected,” he said.

“It goes back to the government saying, ‘Is this an important industry and operation and part of the ski industry? Is it worth focusing on and making sure that it’s protected and enabled to be as successful as it can be?'”