You are here: Home / Mountain Bike Planning and Design / 2017 / September 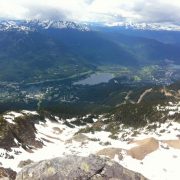 IN SUPPORT OF CONTROLLING GROWTH

Barrett Fisher’s comments are timely and in fact long overdue (Pique, “Letters to the Editor” Sept.14)

In the 38 years that I have lived in Whistler, I have never encountered such dissatisfaction by locals over the loss of their quality of life. Like Barrett, (the CEO of Tourism Whistler), I have had the great opportunity to travel the world, both as a tourist and a mountain- and ski-resort planner and designer. Like Barrett, I always ask myself, could I live at the place I am visiting? And, like Barrett, I have always found those options had shortcomings and Whistler remained the location of choice.

That is, until recently. Now there are other places that are worthy of consideration.

This is primarily being driven by the fact that the powers that be at Whistler have chosen to ignore the basic and original Whistler mantra that there are limits to growth.  Mountain environments are very definable areas with absolute capacities (skiers on the mountain, cars on the highway, parking in the lots, the number of beds, clean water, sewage, the environment, resident housing, developable area, economics, etc.). To be sustainable, all of these capacities need to be in balance.

Cross the tipping point of these capacities and you begin to wreck the place. With the overcrowding and constant drive for more growth, Whistler has crossed that tipping point; surpassed its comfortable carrying capacity and has seriously begun to lose its shine. It is easy to point fingers at the “growth for growth’s sake” culprits. The challenge now is to figure out how to retreat and establish a balanced, steady state, tourism focused economy.

I commend Barrett and her team at Tourism Whistler for finally verbalizing the need for a new vision for Whistler.

Ever since the 2010 Winter Olympic Games in Whistler, we have been largely rudderless.

Let’s hope that we collectively have the strength to make the difficult decisions to create, implement and enforce mechanisms to control growth and recapture some of the magic. 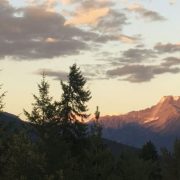 BHA was more than stoked to be in Revelstoke last week for the biennial Mountain Bike Symposium.  For three days, we joined some fellow mountain bikers, community representatives and tourism and industry leaders to participate in this exciting symposium. The conferences covered captivating subjects like e-bikes and planning, First Nations Lands and communities, Mountain Biking and tourism trends and adaptive mountain biking.  Thank you to everyone who made this year’s MTB Symposium memorable!

For more information about the MTB Symposium 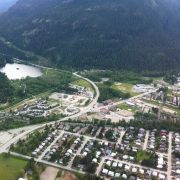 Earlier this month the SLRD (Squamish-Lillooet Regional District) selected the BHA team to undertake the Pemberton Valley Trails Master Plan.  We are honored to be able to play a leading role in this exciting planning project that is scheduled to begin in the next weeks.  Looking into one of the key trail areas of the Sea to Sky corridor, the Master Plan will act as a reference document proving a series a tools that will support the sustainability of this trail system and its community.

To learn more about that beautiful area http://pembertontrails.com/ 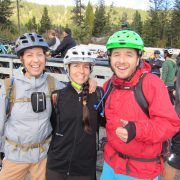 For a second time, the BHA team will join the delegates of the Mountain Bike Symposium. This year, we will travel to Revelstoke to attend to this vibrant conference.  We are looking forward to tossing some ideas around with some of the bike tourism industry experts.

“THE MTB TOURISM SYMPOSIUM IS A GATHERING OF CREATIVE MINDS WITH A VESTED INTEREST IN ADVANCING THE FUTURE OF MOUNTAIN BIKE TOURISM IN BRITISH COLUMBIA.”