You are here: Home / Frontpage Article 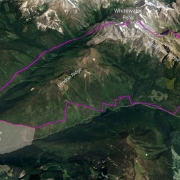 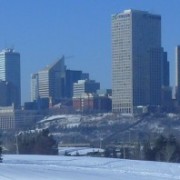 “We will be the only ski hill in North America that has light rail transit. That’s a pretty powerful statement when you think about it.” – Ken Saunders

The following article by David Howell has been copied from the Edmonton Journal.  A link to the original article can be found here.

The venerable Edmonton Ski Club just off Connors Road has big ambitions fuelled by a new master plan and the coming development of the Valley Line LRT.

“The LRT is now in a position where it will enhance our new development,” says Ken Saunders, the club’s president.

“We will be the only ski hill in North America that has light rail transit. That’s a pretty powerful statement when you think about it.”

Saunders says the LRT, scheduled to open by late 2020, will improve the club’s presence and accessibility. He envisions commuters stopping in for a quick ski or workout on their way downtown.

The club, founded in 1911 on a hill with a maximum vertical drop of only 61 metres, has been a learning facility for generations of Edmonton kids. Olympic medallists Jennifer Heil and Mike Riddle both skied there as youngsters.

The club has had its financial challenges. Much of its infrastructure, from the lodge to the T-bar lift, needs updating, Saunders says.

For the past couple of years, management has been working on a master plan that would guide future development at a capital cost of $10 — $15 million. The Cloverdale Community League has been consulted, as has the Edmonton Folk Music Festival, which uses the grounds each August.

Concepts have been drawn up by Brent Harley and Associates, Inc., a Whistler, B.C. firm that designs ski hills, golf courses and mountain resorts.

The plans would see a new day lodge and parking areas built within a short walk of the Valley Line station planned for the Muttart Conservatory.

The winter concept features a chair lift and for newbies, a carpet lift. A skating pond would connect to a skating loop extending to the Cloverdale community hall. There would be trails for beginning and advanced cross-country skiers and a tube park on Gallagher Hill, with its own lift.

If the plan wins approval from the city, which owns the land, a fundraising campaign would follow. Money would be sought from the city and the province, and from other sources, Saunders says.

Dorward can relate to the dream. He skied at the hill as a boy and before entering politics, he founded the GO Community Centre, a $38-million multi-use gymnasium that is part of the Saville Sports Centre.

The ski club could become a real hub of activity year-round, Dorward said. “As more and more people embrace the winter, it could be a place where people go to cross-country ski — it’s two blocks from there into the river valley. It doesn’t just have to be the downhill component.

“I think there’s an opportunity for it to be a beehive of activity in terms of summer sport because of the connectivity to the river valley trail system. What better place to go than a location like that — right near the Muttart, right on the LRT line — for biking and hiking, whatever.”

Sitting in the lodge on a quiet afternoon, Saunders gets wistful about the future of the facility that is a favourite of his sons Paul, 14, and Nick, 12.

“Spending some time standing at the top of these runs, there’s something about this place that captures the imagination,” Saunders says. “You stand up on that hill, you look across at the city, you see the Muttart, and you think, ‘There’s something here’.”