“I have not seen anything more visionary, more forward-looking, more out-of-the-box thinking in all of the years I have sat through meetings here”

The following article by Seth Truscott has been copied from the Snoqualmie Valley Record.  A link to the original article can be found here.

BHA visited Snoqualmie in August 2014 to present the Draft Master Plan work to the community, the following was written about the meeting. 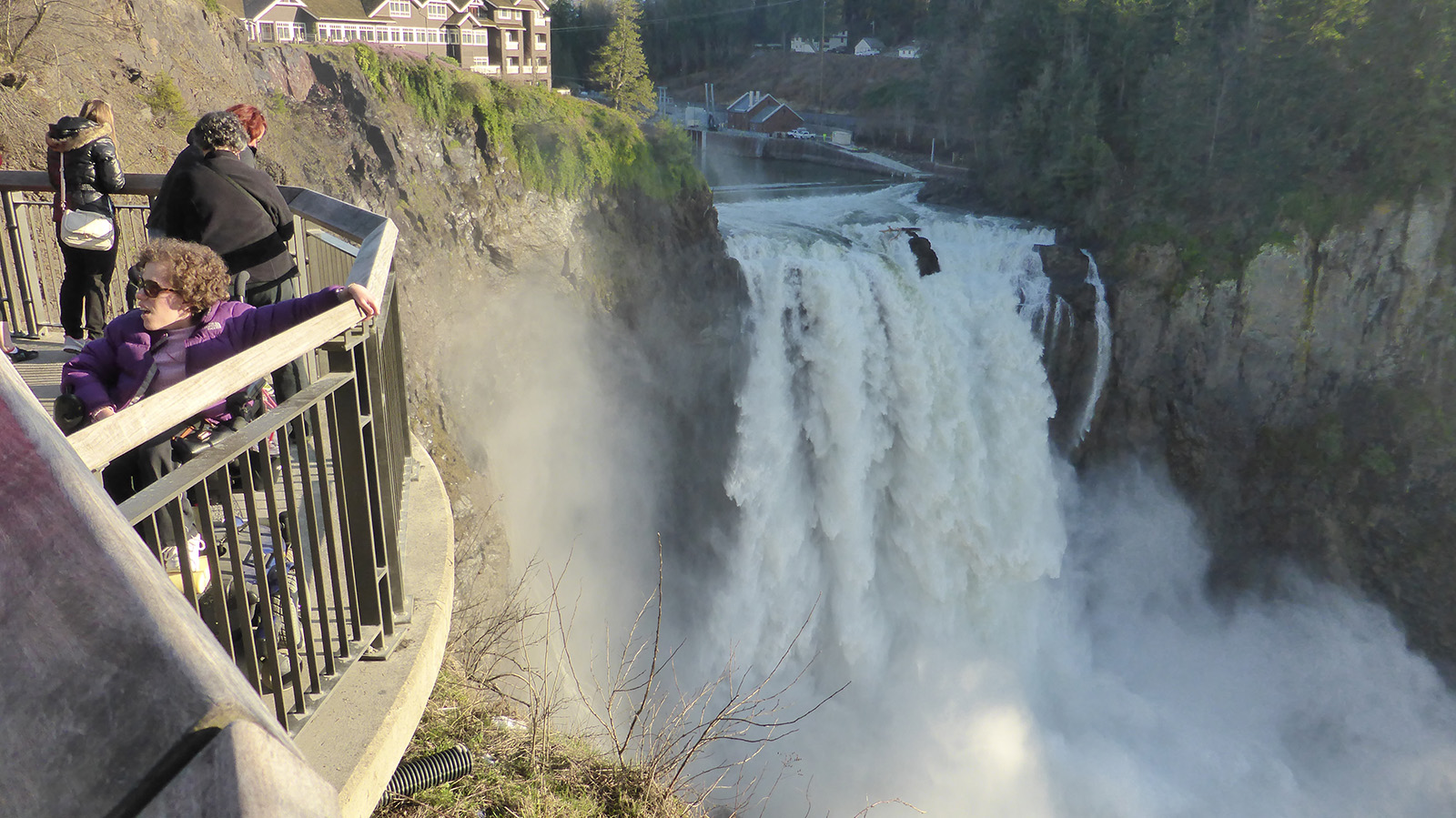 A riverside boardwalk in downtown Snoqualmie has been a dream for nearly a decade.

That dream took a step closer to reality Monday, August 24th, when Snoqualmie City Council set aside more than half a million dollars as match funding for a potential grant.  The council voted unanimously to reserve $713,000 in order to seek a Washington State Department of Ecology Floodplain by Design grant for the city’s Snoqualmie Riverfront Project.

The city already has two parks, Sandy Cove and Riverfront, accessing the river.  But trees and fences block the view at Riverfront, and Sandy Cove’s shore is set back from downtown.

The downtown river walk was first mooted in 2008 by urban planning consultant Tom Beckwith, who was hired to draw up a downtown master plan.

“We’ve been talking about this walk fro years” said councilwoman Kathi Prewitt.  “It’s nice to see it start to come together.”

Last Monday, Finance Officer Rob Orton laid out how the city will pay for it.  The city has about $118,000 in cash, interest from the city’s fallow pedestrian bridge fund.  Snoqualmie would also use $140,000 slated for a gateway arch project, and $45,000 previously set aside to pave the vacant King Street lot.  For the rest, the city will dedicate future real estate excise taxes from the sale of property.  The city gets half of 1 percent of the sale of all eligible property in city limits, with most sales happening on Snoqualmie Ridge.  Orton predicts about $360,000 in excise revenue between now and 2015.

“We’ve had a big increase in the velocity of sales on the Ridge, and sale price,” he told the council.

Carolyn Simpson, chair of the city’s Economic Development Commission, says the river walk will change the city in good ways. “I have not seen anything more visionary, more forward-looking, more out-of-the-box thinking in all of the years I have sat through meetings here,” she said.

“Each of those have something similar in their river areas,” she said, “and people were out there, a variety of ages, a variety of activities, participating in businesses, sitting in restaurants, right on the river.”

The commission unanimously supports the concept, she said, adding that it could revitalize businesses throughout the city.

“It will attract more employers who want their employees to appreciate, live, work and play in our community,” said Simpson.  “We believe it celebrates the natural history and beauty of our community.”

Wendy Thomas, owner of Carmichael’s True Value Hardware, added her support.  She told the council she had been waiting for downtown Snoqualmie to become a destination for tourism.

“This particular project makes me more encouraged and optimistic than I’ve been in some time,” she said.  “Sometimes you have to take a risk.  And I think in this case, it’s a good one.”

Councilman Charles Peterson was the voice of caution, asking about parking and maintenance costs.

“To make this viable, you have to have a place to park,” he said. “There’s certainly going to be maintenance costs on this trail,” Peterson added. “If we build something and people are going to use it, we better make sure we have a safe product.”

“With or without the King Street lot, there is going to be a net gain in parking stalls downtown at the conclusion of Phase 2A.”

Maintenance estimates are part of the scope of design work that is coming, said Hollenbeck.

“We can quickly draw that together,” said Larson. “Knowing we’ve already got 27 miles of rough trail, and miles and miles of side walk, we can get a good estimate.  It’s not going to be overwhelming.”

The Ecology grant is for projects that reduce flood hazards and help floodplain ecosystems, while improving open space and recreation.  The total project cost – property acquisitions, restoration work, and design and construction of the riverwalk trail, including the downtown boardwalk segment – is $5.1 million.

The Floodplains by Design grant asks for $3.6 million.  Of the remaining non-state matching funds, $750,000 would come from the King County Flood Control District, $38,000 from other grants.

If awarded, the project would begin in 2015.

© 2019 BHA But is it Really Landscape Architecture?
Scroll to top